NT Thunder will be boosted by the return of star players when the team heads south this weekend to take on the Gold Coast Suns at Metricon Stadium.

After the disappointment of losing to Aspley last round and missing out on locking in a home final for Saturday’s must-win battle, Thunder’s stocks are improved by the return of powerhouse midfielders, stalwart defenders and exciting forwards.

2017 NEAFL Rising Star winner Adam Sambono will lace-up for his eleventh outing in Territory colours and will be a welcome addition to the forward line.

There is no doubt that delivery into the NT’s attacking 50 will be aided by the return of hard-ball magnets Michael Coombes and Jarred Erlandson who have both recovered from hamstring complaints.

A third hamstring injury to be overcome in time for the finals goes the way of the ever-reliable Jonathan Peris, who will play his fifth final in NT Thunder colours.

And everyone’s favourite, Neil Vea Vea slots back into the halfback line with ease where he will no doubt hassle his opponents.

Going out of the side is Josh Cheek, Kayle Kossack, Daniel Russell and youngster Beau Schwarze, all of whom were omitted, along with Michael Hagan who will be a travelling emergency.

Coach Andrew Hodges said the occasion had not been lost on his players and he was sure there would be a determined effort right across the board.

“Finals footy is something a bit different and this one can either extend our season or end us, so the boys know there is no room for passengers and that every player is going to have to play his role for the team if we are to succeed.

“It’s never ideal to make so many changes to a side, but when you have the calibre of players we have to select from it’s hard not to. I feel for the guys who missed out, but it’s a fortunate position to have been in and that’s all the more reason for the 23 out there to want to win,” he said.

Hodges said he was wary of the Suns but believed his team had the goods to match it with the class of an AFL-affiliated side.

“It can be intimidating to come up against a professional outfit like the Suns, especially since they’ve been in good form of late and when history tells us we’ve won 11 of our 11 encounters, but when we play our best footy, we look first-rate.

“The trick is to play at our best when we need it most and to sustain it for the whole game,” Hodges said.
NEAFL Elimination Final
Gold Coast Suns vs NT Thunder
12:00pm AEST
Saturday 26 August
Metricon Stadium, Gold Coast 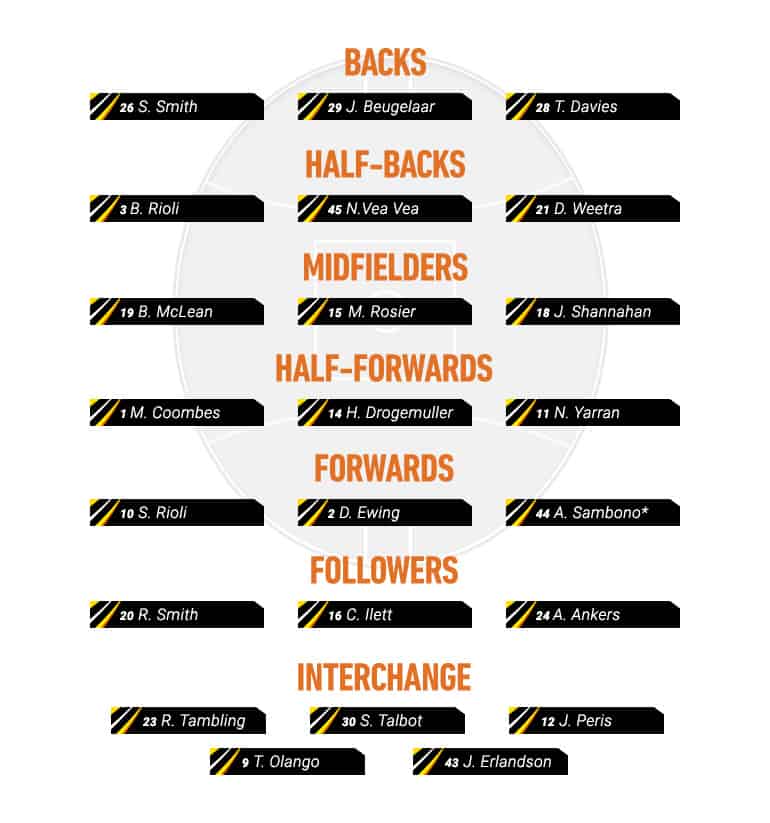 You can live stream this game on NEAFL TV.